Over the years, Odisha’s attitude and temperament towards leadership and social issues has changed swiftly, yielding rich dividends. 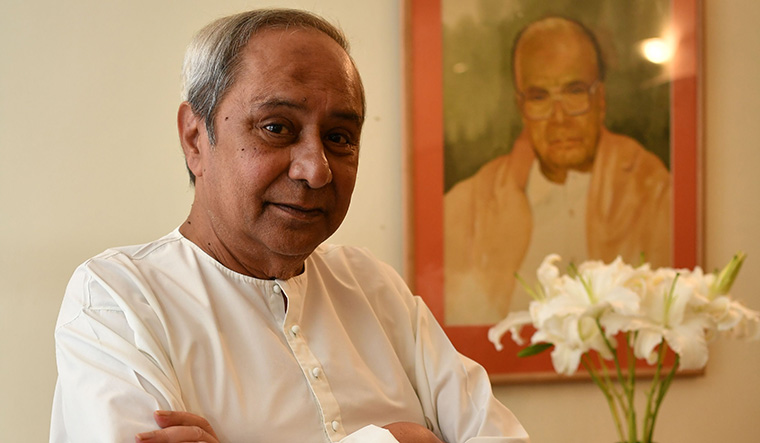 Battered by Cyclone Fani in 2019, exposed to CoVID-19 in 2020, and now staring into the barrel of super cyclone Amphan while still in the fifth month of the calendar year, public sentiment in Odisha would still guess a ‘not-so-grim’ picture of the situation, because even a pandemic and a cyclone is not an overwhelming combination for them. Odisha’s affaire de Coeur with the winds have brought home over a hundred tropical cyclones between 1891 and 2020. These include two super cyclones and four extremely severe cyclonic storms in the last 21 years alone.

It seems that Odisha is on the brink every year, pushed hard by mother nature but spared the last nudge; or perhaps it musters the courage to resist it every single time. But how does Odisha do it?

Over one lakh RT-PCR tests in 18 testing facilities, thirty-four dedicated CoVID hospitals with more than six lakh quarantine beds and the setting up of around 16,000 temporary rural medical centres across Odisha – all were achieved in under 90 days. With one of the lowest case fatality rates and ‘contact cases’ in India, Odisha is now leapfrogging towards achieving 15,000 RT-PCR tests per day and reaching ten lakh total quarantine beds by mid-June. Even while the best CM award has already been conferred upon Uddhav Thackeray by the media with Kerala sweeping the rest (best state in COVID management, social security for pensioners & destitute, community kitchen management, pencil sharpening, hairpin-bending and so on), Odisha is silently winning battle after battle. The fact that elections are almost four years away does not seem like a correlation to on-ground performance anymore. That is the kind of stereotype-busting that Odisha and its administration have managed in the last one year.

It is sad that there has never been a year when Odisha has made it to the list of good boys who sit on the front three benches in the class. That is the extent of apathy shown by mainstream media towards a State that has handled the crisis better than most of its counterparts. Over the years, Odisha’s attitude and temperament towards leadership and social issues has changed swiftly, yielding rich dividends in the form of rapid industrial growth, political stability, steady alleviation in poverty, improvement in agriculture, creation of a model social security system and most significantly, a near perfect disaster management system.

The people of Odisha

But Naveen Patnaik and his trusted lieutenants and strategists are not alone in effecting a fundamental transformation in Odisha. It is doubtful that one would let a Chief Minister go scot-free after he dissolved a contingency fund reserved for natural disasters, distributed it as livelihood augmentation among small & marginal farmers, then watched the State get hit by super cyclone Fani and thereafter proceeded to pool in funds to repair the State – all in less than a year without batting an eyelid.

Odias love Naveen Babu, who reciprocates the emotion exponentially. This can be understood from the fact that he moved over 2 lakh people to safety in under 24 hours before Amphan could begin wreaking havoc, and has repeated the ten lakh plus evacuation for the second time in a pre-cyclone safety exercise. These are the largest pre-natural disaster evacuations in entire Indian history – all devoid of pomp or show.

Perhaps the pakhala-loving, summer-fearing Odias have an incentive to love their Chief Minister – to right the wrongs of five decades, restore the jewel of the East to its former glory and finally own the bragging rights (and GI tags) for all the Odia culinary delicacies. It is very evident now that Naveen has stepped into Biju Patnaik’s shoes only to cast a taller shadow – a leader extraordinaire that goes to polls alone and fights on 147 Assembly Constituencies and 21 Parliamentary Constituencies without having to outflank or outspend his opponents, that too with a poker face.
‍

Maybe this is why the people love him. He simply will not give up, and for that, the four and half crore Odias are indeed ‘khushi’.