Wide Angle: In Bengal, No One Has It Easy 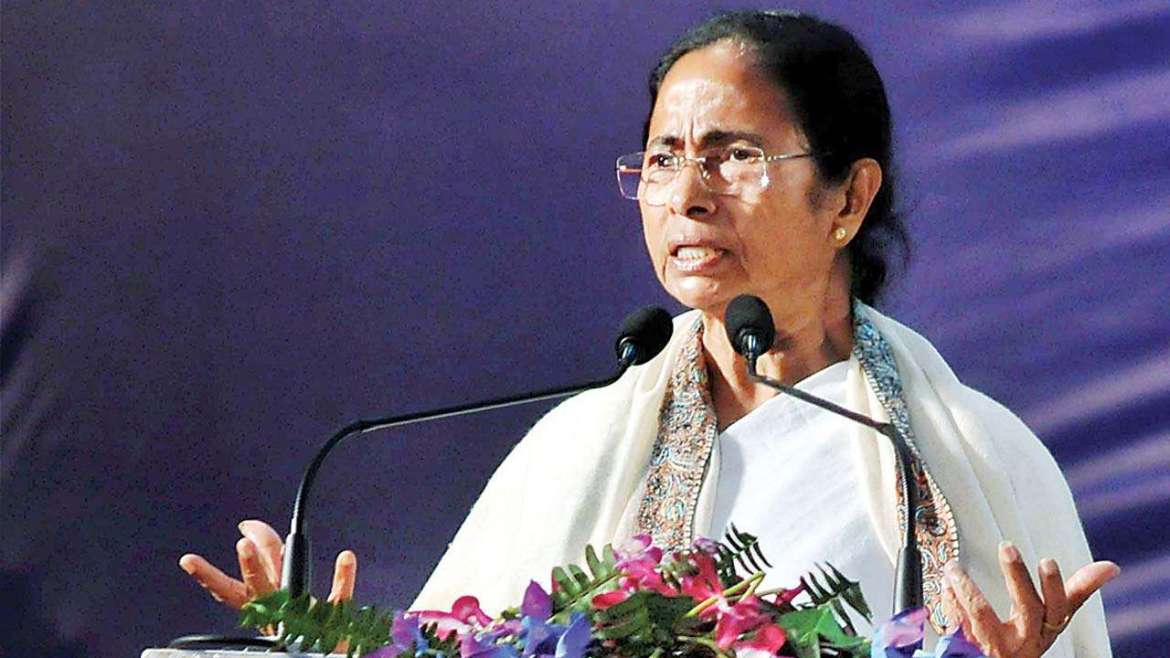 In a dramatic development in the Rajya Sabha, just before the House was adjourned till March 8, Dinesh Trivedi, founding member of the Trinamool Congress, requested to be allowed to speak out of turn. He asserted that his voice was being stifled in the party, rendering him helpless against the violence and anarchy being unleashed in Bengal. “I am feeling suffocated and that’s why I want to resign from here and want to work for my Bengal,” he said, adding yet another name to the growing list of exits from the Trinamool Congress ahead of the state elections. Having given the speech, Trivedi returned to his home in Delhi, marched straight into his temple, and blew a conch shell. The messaging was lost on no one.

Facing the combined heat of anti-incumbency and, what have now become, daily desertions, two-time chief minister Mamata Banerjee faces an arduous task of leading a fractured party and demoralised cadre into elections. Her biggest threat is the BJP, which in the previous Assembly elections, had won a measly three seats out of 294. Faced with accusations of functioning in an autocratic, dictatorial and nepotistic fashion, without and within, West Bengal’s tallest leader today stands on shaky ground. Her promises of monthly stipends and lands to imams and her attempts to imprison crowds chanting “Jai Shri Ram”, and photo-ops wearing skull caps have only provided ammunition to a rearing BJP. Her response was to take a stark U-turn, reciting verses from scriptures at rallies, and challenging the Prime Minister to a Sanskrit competition.

Mamata Banerjee’s go-to response to the BJP’s rise has been to amplify the distinction between a Bengali and an outsider. The “Gujaratis”, as she puts it, do not understand the culture and conscience of West Bengal – its values, its deities, its icons. This is not a claim that holds much water – the founder of Hindu nationalist politics, Syama Prasad Mukherjee, himself hailed from Calcutta. The fallout of this rhetoric has been an ugly, superficial war over icons of Bengal, historical and religious. The likes of Tagore, Swami Vivekananda, Bose, Raja Ram Mohan Roy and Ishwar Chandra Vidyasagar are routinely invoked by both sides, only doing disservice to their legacy. Today, the TMC has reduced the subject of its taunts to the Prime Minister’s Tagore-like beard. In Parliament, members vociferously discussed, with pictorial and documental evidence, whether Amit Shah sat on Tagore’s chair, or a windowsill beside it, during his visit to Santiniketan. Equally, if not more bizarre, is the fresh war of Rama versus Durga, prompted by a foolish comment by the BJP’s leader in Bengal, Dilip Ghosh.

In addition to charges of corruption, the new attacks Banerjee has had to face are on subjects of nepotism and law and order. The “Pishi-Bhaipor Sarkar” taunt, aimed at her active promotion of her nephew, Abhishek Banerjee as a potential heir has gained ground, among the people, as well as within the TMC, it seems. Political violence, the alleged killings of over 130 BJP functionaries in the state, the attack on BJP President JP Nadda’s convoy, and the Chief Minister’s refusal to cooperate with the inquiry that followed have all contributed to the impression of a state reeling under rising chaos and anarchy, a concern voiced by senior leader Dinesh Trivedi in his parting speech.

With the likes of Mukul Roy and Suvendhu Adhikari leaving the Trinamool for the BJP, the party has lost both cadre and potential voters in strongholds of the leaders. Mamata Banerjee seems to have put little to no effort in negotiating with defectors, resorting to immediately antagonising many to whom the party owes its current state. Once her voters, communities like the Matuas are now moving towards the BJP, while Asaduddin Owaisi’s decision to jump into the fray, along with influential cleric Abbas Siddiqui threatens the Muslim vote that the Trinamool long took for granted. For a party that defines itself as one that brought down 34 years of Communist regime, recent talks of a possible tie-up between the TMC and the Congress-Left alliance could make the party lose more votes than it gains.

In the span of about seven years, the BJP in Bengal has transformed from a non-entity to one en route to becoming the principal opposition, if not the ruling party. In the battle of perceptions, the Shah’s BJP seems to have the Bengal narrative completely under its control, and the momentum is only expected to grow. Every election, the party had been consistently chipping away at the Left-Congress vote base, with the TMC votes remaining more or less constant. Most symbolic of this, perhaps, is that Naxalbari, the birth place of Naxalism, is today a BJP stronghold, with the CPI(M) out of sight. The party now looks poised to move into Mamata Banerjee’s core vote share too.

The BJP, however, comes with its own share of fault lines. Prominent Trinamool leaders defecting to their side have created as many grumblings within the BJP as they have in the TMC. Leaders who have been with the party at its lowest are disgruntled and indignant at the active promotion of the new, opportunistic entrants whose roots are not in the saffron party. The BJP does not have one Chief Ministerial face in the party, and none of its prospects look promising enough to take on Mamata Banerjee head-to-head. To the question “Mamata versus who?” the BJP is yet to find a reply, hoping perhaps, to pull off a victory riding on its organisation and the Prime Minister’s popularity. The BJP has done this before in states like Maharashtra and Haryana, without announcing its Chief Ministerial candidate till after the election. In Bengal, however, the stakes are higher, and Mamata Banerjee cuts a formidable foe.

The party’s flip-flop on the CAA, as it pulls a balancing act between the poll-bound states of West Bengal and Assam isn’t playing in its favour either. In West Bengal, the Matua community, who moved from East Bengal to West Bengal after Partition are a prime base the BJP is trying to woo. One of its biggest planks is the CAA, by way of which the Matua’s long standing demand for citizenship would be met. In Assam on the other hand, there is a fear of any migrant, Hindu or Muslim, destroying the indigenous culture and demography. Implementing the CAA wouldn’t go down well in Assam, where the BJP looks poised to win a second term. In light of these conflicting interests, Home Minister Amit Shah’s promise that the CAA will be brought into force as soon as the COVID vaccination drive ends is, at best, ambiguous. Matua leaders of the BJP like Shantanu Thakur have voiced their dissatisfaction over the delayed implementation of the CAA in public, making the tightrope walk more difficult.

The main opposition in the Assembly, the Congress-Left alliance, is in Bengal, looking at bleak prospects. The alliance’s hopes in Bengal have receded to the extent that Rahul Gandhi has not once even visited the poll bound state to campaign. Complicating matters are the elections in Kerala around the same time, where the Congress and Communist Party are going neck-to-neck. Sharing stage with Communist leaders, the Congress believes, could hurt its prospects in Kerala, where it may actually stand a chance.

Witnessing major upheavals politically, a new story coming out of the state everyday, Bengal is seeing one the most charged election campaigns, with high stakes and far-reaching consequences. Personal attacks, identity politics and religious divisions reaching greater heights, it is pitches for development that seem to have been relegated to the sidelines in the state. The most incredible narrative in Bengal is the rise of the BJP, and the state’s tallest leader remains Mamata Banerjee. The result is anyone’s guess.