With the second wave, the construct of an infallible strongman is seeing cracks. 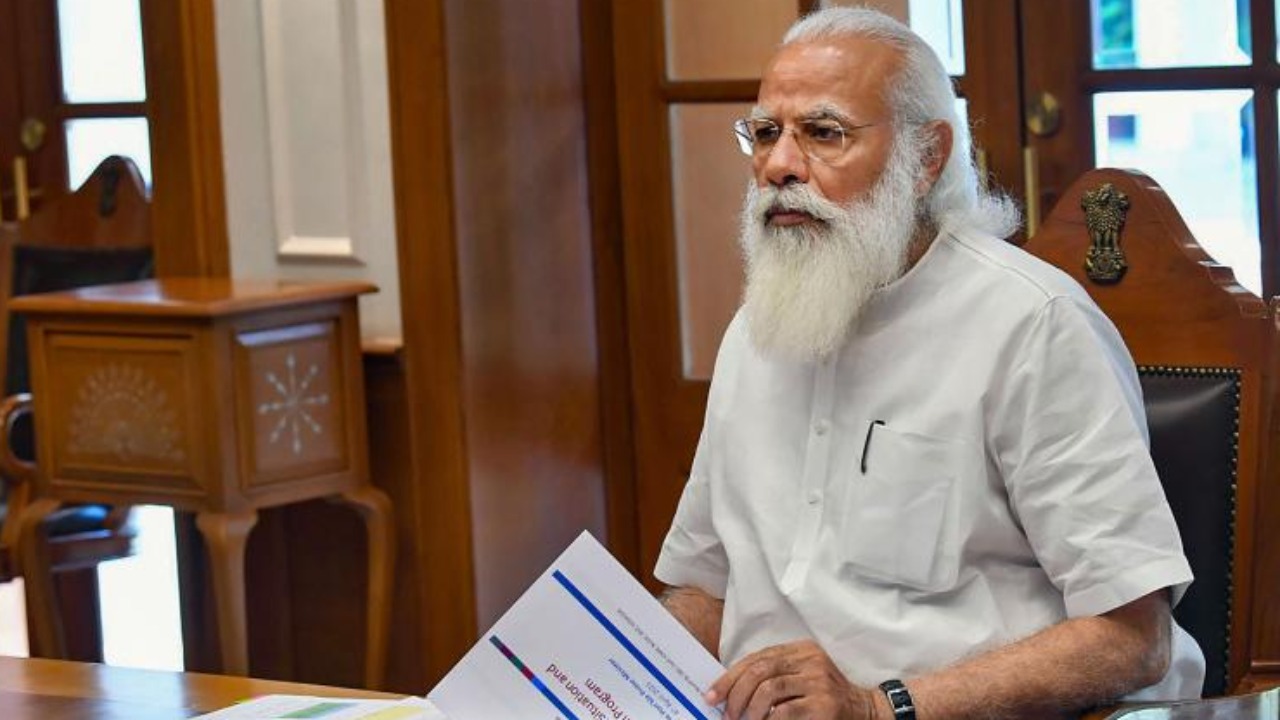 Seven years of Narendra Modi in national politics have been characterised by two pillars - loud optics, and silent delivery. What was delivered, the government hardly spoke about, and what they did speak about often did not materialise.

The dichotomy was visible on every front. Where the optics were thespian and rhetoric high — on demonetisation or Pakistan, for instance, results were debatable. Where government actually delivered — roadways, gas cylinders, electricity and tap water — there was hardly any show or spectacle. One built image and narrative, and the other brought about change on the ground. They both, it seemed, fetched him votes.

On Covid too, the same prongs of politics were visible. A couple of dramatic, televised addresses by the Prime Minister, and the nation closed down overnight. Utensils were clanged, lamps were lit, and later, every newspaper espoused the headline of atmanirbharta. The optics were in the government’s favour. On the ground too, the government was delivering, in different ways. Administrative machinery had kicked in, manufacturing capacities of PPEs and pharmaceuticals were ramped up, income and food support was extended, and the Insolvency and Bankruptcy Code was amended, giving businesses a safety net. Speculative findings allude to factors like a young population and inherent immunity, which, along with a timely response by governments helped the country ride the first wave of the pandemic with a great degree of success.

The second wave of the pandemic however, has wrought havoc. Shortages, inadequate capacities, faulty distribution and an outrageously lax response have defined India’s second surge in infections. While there is some solace to be found in a decline in rate of growth in active cases, the damage — to lives, livelihoods and legitimacy of institutions is irrevocable.

For Narendra Modi, the second wave has seen the collapse of both his pillars. Delivery has been poor, delayed and steeped in denialism. Image management has not fared any better. The situation has spiralled out of control, and with it, the narrative too.

On the issue of performance, delivery and policy, concerns being flagged for a while were consistently ignored. For all the admonishment of the bureaucracy’s “Babu” culture by the Prime Minister, India’s vaccine drive was characterised by just that. Restricted, centralised and unhurried, efforts were made neither to diversify beyond domestically manufactured vaccines, nor to aggressively ramp up capacities within the country. Anecdotally, while the drive was seen as efficient, smooth and well-planned, in the bigger picture of percentages as opposed to absolutes, India had vaccinated less than two percent of its population with both doses, and less than ten percent with the first dose at a time when several other countries were looking at much higher rates.  That India has a huge population to vaccinate is a reason to have opened up robustly, and not an excuse for poor figures.

Vaccination is not just one weapon to fight the pandemic. For the foreseeable future, it is the only conclusively effective weapon. In recent weeks, as urgency to vaccinate grew, fissures in manufacturing capacity and the effects of shortage and wastage began to show. While world leaders in several parts are encouraging citizens to shed hesitancy and get vaccinated, in India, we have Chief Ministers advising their people not to queue up at centres for want of enough vaccines.

What went wrong on the policy front becomes clear in the allocations of the year’s Budget. The significantly boosted expenditure on health infrastructure has been a highlight of its provisions. The funds have gone into various baskets including expansion and upgradation of primary health centres, research and development, water, sanitation and insurance. These are all funds spent with a view to improve public health, raise standards of infrastructure and possibly, combat another pandemic, should one strike in the future. Where funds have not gone, however, is into policies expressly and specifically addressed towards the pandemic of the day, one that had by no means come to an end in February.

Besides INR 35,000 crores for vaccination, there was hardly any other specific, short-term infrastructure mentioned, in spite of rising second waves around the world. The idea was to draft a Budget to rebuild post-Covid, not one that foresaw the need to continue to combat Covid itself. The funds for augmenting urban and rural health infrastructure undertook building of new centres, while corresponding funds didn’t go towards expanding capacities to meet the demand of India’s existing healthcare system, leave alone its promised expansion. On welfare too, notable blunders have been the resurfacing of the migrant crisis and the untimely withdrawal, and later, renewal of insurance to healthcare workers on Covid duty.

When systems fail, optics can save face. This is by no means a new phenomenon. Indira Gandhi for instance, cleansed herself of the sins of the Emergency in popular perception, with the single image of her crossing puddles and slush on elephant-back to meet an aggrieved Dalit family. Few politicians, however, have managed image as consistently as Narendra Modi has, over the years.

With the second wave however, the construct of an infallible strongman is seeing cracks. Those who hailed Modi as an electoral juggernaut could no longer see cause for celebration when he organised and addressed massive rallies in West Bengal, even as data of rising cases was ringing warning bells. The argument that other politicians were doing the same is invalid. Be it a significant jump in vaccinations the day after the Prime Minister took his dose, or the enthusiastic undertaking of the “Janta Curfew”, Narendra Modi’s messaging wields immense power, and no one is more aware of this than him. Whatever the result in West Bengal — by all indications a close contest — it will be in the shadow of the rising figures of a second wave, and the images of the Prime Minister and Home Minister campaigning to hordes of onlookers.

A major element of Modi’s image — faith and religion — also backfired with massive gatherings at Haridwar for the Kumbh. That the administration went ahead with the festival in the first place indicates that the BJP still suffers from a Vajpayee-era hangover of fear of censure by organisations like the VHP for not being committed enough to the idea of Hindutva. If there are few positives that have come out of Modi’s image being bigger than the party, organisation and parivar, it is that he can now afford to shed this apprehension. When Modi eventually appealed to make the Kumbh “symbolic”, the akharas immediately agreed, a testament to both a faith in his goodwill, as well as an acknowledgement of the power dynamic between them. In fact, it is not curtailing the Kumbh, but Covid mismanagement that has, according to reports, upset the Rashtriya Swayamsevak Sangh.

Pictures of their own callous irresponsibility have forced the spokespeople of the government to remain mute on reports emerging from other congregations like the farmer’s protest, which continues to dismiss Covid as a hoax, blocking highways and slowing down the provision of supplies in Delhi.

Political collaboration that was prominent during the first wave, as the nation geared up to meet what was still unknown and uncertain, is absent this time around. It hasn’t helped that the initial surge was in opposition ruled states of Maharashtra, Delhi and Chhattisgarh, prompting indifference from the side of the Centre. Today, political tussles, lopsided distribution of supplies and petty pricing disagreements on vaccines that have now gone to court only act as impediments and delays in a crucial battle.

Not all hope is lost. Investment in better connectivity has been critical to expediting the supply oxygen cylinders and pharmaceutical equipment. Testing and vaccination are being increased in most states, and data suggests that the active caseload could gradually see a decline. What has become clear, is that perception management — removal of tweets, denial of crisis and political attacks — will no longer work. If Narendra Modi wants to rebuild his optics, he has to start by working on his delivery.