Yet Another Ambedkar Rhetoric, And We Still Need More

The selective reading of Ambedkar is not limited to the political bourgeoisie. 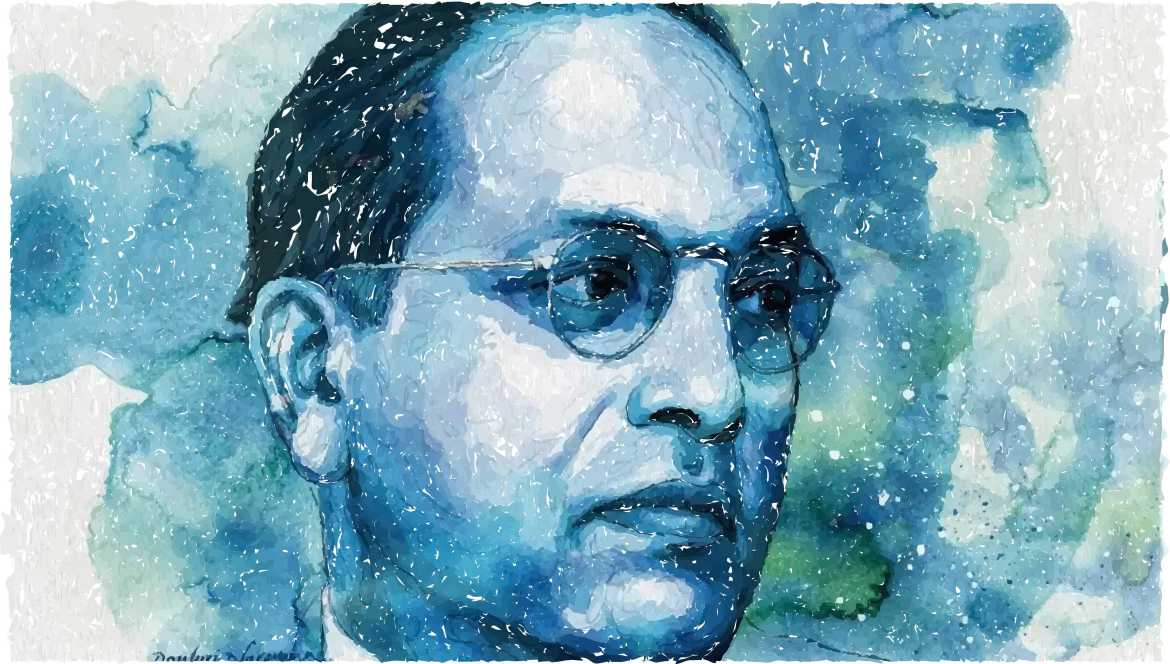 The leading architect of the Indian Constitution has long been brandished as a political sledgehammer by political groups with varying affiliations to further their electoral agenda. The selective reading of Ambedkar is not limited to the political bourgeoisie, though.

Printed into textbooks, read over and over to students, slipped into policy chops, quoted on research papers and now being spread over every op-ed loaf of political commentary on caste divisions, Bhimrao Ramji 'Babasaheb' Ambedkar is quoted more out of context than some of the holy scriptures in the country.

How did we get here?

The shaping of India’s destiny prior to independence, or in its formative years after it, witnessed turbulent times in the field of social justice and reforms. The Social Conference set up in 1887 by MG Ranade focused on social reforms but failed to attract suitors while the INC revelled in its pragmatic ‘political reforms’, whose results are very evident in today’s Indian society.

The notion of political reforms preceding social reforms was deemed unhealthy by Ambedkar himself.

He was equally disenchanted with upper-caste Hindus for furthering their own social reforms and consciously limiting its spread in the society. This is precisely where and why the nation has misunderstood the reformer, reducing him to a mere poster-boy of an anti-casteism campaign. His vision was an ‘Idea of India’ where the downtrodden were protected by a democratic framework, and this idea of social justice to be imparted through a system had a much wider horizon than it has been interpreted as. It would encompass the economically backward, the LGBTQ+ community, the migrant worker, the deprived sects and the oppressed castes and tribes.

While vouching for a social democracy, he argued that laws by themselves would not bring social reforms and that, these laws must be buttressed by the social and cultural practices that are in tune with the law.

With that lens, we must magnify the big picture he wishes for us to see. His criticism of social justice was not limited to castes in Hinduism; in fact, it extended to both Christian missionaries and Muslim leaders. Known for his stoic criticism of religions where gods are upheld to guide societies with morality, Ambedkar criticized both groups for not attacking the institution of caste within their own communities. For instance, he found it unacceptable that Christian groups were administering and preaching transcendental justice through their institutions, both religious and educational. In his words, 'Christianity justifies poverty and deprivation by calling it a ‘blessed state’, ensuring their followers accept the utter depravity without complaints and accept it as the purpose of their existence in the world.' His disenchantment with Islam grew from the fact that 'it had done nothing to ameliorate the conditions of Dalits in its over one-thousand-year long history in India.'

How has everyone fared?

While some British and Indian historians have termed it a ‘revival’, it would be juvenile to assume that Hinduism was anywhere close to being phased out. Reforms in the faith date centuries back, one of the oldest being the teachings of the Advaita and Lingayat movements, older than most Semitic faiths.

What however should puzzle everyone is the lack of reforms and inner callings for initiating it in major faiths like Islam, which accounts for more than one-fourth of the world’s population. Not only has there been a lack of organized reform movements in Islam but also a proactive suppression of progressive voices, leading to religious leaders turning community leaders and then political leaders…the culmination of which has not borne well for nations or people. Does it not fall upon us then, as followers of Ambedkar, to champion those reforms?

The tragedy is, that in the 21st century, a young democracy like India has to amend and pass a legislation to prevent a Muslim man from divorcing his wife by uttering Talaaq thrice, or that a Municipal Corporation has to pass an executive order to ensure bodies of Covid patients from the community can only be incinerated and not buried, only to be fought back the same day by an MLA, leading to rescinding of the order.

Trying to deepen social divides while masquerading as its champions has brought us to a crucial juncture in history, where we would argue if a reform in Islam is ‘secular’ enough or supporting it might cost an important party an important seat in an important constituency, or where we question the rationale of reforms and drive the wedge into it by making it an issue of ‘pro-choice, anti-choice’ and ‘liberalism’. I have utmost faith in the Ambedkarites from Cornell, Yale, Stanford, JNU, JMI, JU, PU, Oxford and Columbia that they will sabotage it or let it sabotage itself so they can continue the charade of urging reforms in a faith that undergoes reforms every day, while turning their backs on those who need it the most.

Babasaheb said the above in 'From Federation versus Freedom', 1939.

It seems that those who tried to fuse the teachings of both as a ‘Buy 1, Get 1 Free’ offer ended up inculcating the same antiquity Ambedkar warned us of.

Filling bookshelves with his works or placing his portrait on your wall might make you a fan, it will never make you his student.